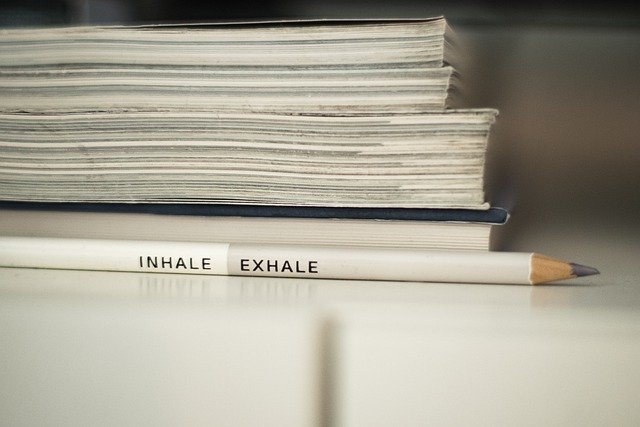 If you’ve ever wondered how hard the principles and practice of engineering (PE) exam is, you’re in the right place. I remember looking up the same thing when I was preparing for the exam myself. I’ll give you some data to show how difficult the pe exam is and share my own experience from taking it twice.

The 8-hour long, 80-question PE exam is very difficult. It takes hundreds of hours, dollars, and practice problems to pass the PE exam. I put in the work and still didn’t pass until my second try. Pass rates for most PE exams are around 70% for first-time test-takers, with some as low as 55%.

Don’t take the mental challenge of studying for months then staying focused for an 8-hour exam lightly. It’s hard for good reason, too. Think of how you’d feel if they let just anybody design structures to be safe in earthquakes, wind, and everyday life!

There’s a lot more to this than just what you’ve read so far, so let’s get right to it and I’ll break down the statistics, costs, hours, and practice required to pass!

How Hard It Is to Pass the PE Exam

Let’s first look at pass rates to understand how difficult the PE exam is, then I’ll share some of my experience. To see pass rates for your specific test, check out this table that NCEES made.

You’ll notice that most versions of the PE have pass rates between 60-70% for first-time takers, and then it plummets to about 30-40% for repeat takers.

If you’re taking Civil PE Exam, which is the most common, here are the pass rates:

The average pass rate here is 64%, which is pretty low considering that almost 8,000 people took it!

From my personal experience, passing the PE exam was a huge challenge. It took a lot of hours, money, and practice problems to finally make it happen. After everything was done and I had passed, I was surprised at how much more it required of me than I had anticipated.

I tracked my hours and practice problems in a spreadsheet and for the first attempt I put in 126 hours and failed. I then committed to passing on my second try and spent 177 hours studying and passed.

For practice problems, I worked about 300 on my first attempt, which included 3 practice exams. On my second try, I did roughly 600 problems. It was hard to find another 3 good practice exams, so I only did a couple. It was easy to find general practice problems on my second attempt, though, because I had paid for the School of PE review course, which I highly recommend. Click here to check it out and even get a free trial of it. I also wrote an in-depth review of School of PE, which you can read here.

When it came to the amount of money I spent, the first test was around $600 between books, a calculator, and the cost of the test itself. For the second, I put in over $1700, including the School of PE course and other practice materials. Check out this article to see a breakdown of my costs for the PE exam.

Here’s a table of the hours, money, and practice problems I put in:

Now that you can see the numbers you’re probably wondering what I actually was thinking and feeling as I was preparing and taking the PE.

Overall, I’d say that the PE is the hardest exam I’ve ever taken in my life. No college test can compare because the PE is 8-hours long and most exams in college were around 3 hours at most. And that includes grad school, too (I have a Master’s in Civil Engineering).

I also took the GRE and that was a piece of cake compared to the PE. In a minute I’ll also compare the PE to the FE, but for now I’ll just say that the PE is way more difficult than the FE.

The difficulty of the PE for me came down to at least two components:

First, I’ll talk about studying. You already realize this, but it’s going to be hard to make the time to study when you have a job and social life. I had a wife and two kids and a full-time job while studying and it was tough to find those extra hours around work to do practice problems.

There were multiple times that I did not meet my study goal and got overwhelmed thinking about how behind I was getting. That overwhelm is another component of the difficulty that I wish I’d anticipated better.

There is a ton of information to go over. It’s hard to find decent practice problems unless you buy a course. Figuring out what books to focus on and bring into the test is also a lot to think about.

The mental load of just preparing for the exam is a ton, but it gets even more intense when taking the test itself.

Once you’re done studying and it’s time to take the test, you have to be laser-focused for 8-hours. Luckily you get a break so at most you’re focusing for just 4 hours at a time, but even that is a monster to think about.

With 80 problems in 8 hours, that gives you about 6 minutes per problem. You have to be constantly watching the clock to make sure you’re not spending too much time on one problem.

You also have to know where to look in your reference materials for most problems. Sometimes it takes a while to find what you’re looking for. And even then it’s often tough to have the confidence that you’ve even found the right equation.

Managing stress is an important part of passing the difficult PE exam both while studying and taking the test itself. You’re going to get stressed, overwhelmed, and possibly burnt out of practicing problems and looking through reference materials.

I’m even remembering now how hard it was to create a study plan. I didn’t know what to focus on, and even when I did find out what’s covered on the PE exam it was hard to know where to look to study those topics.

The second time I took the test I didn’t have half of these problems, however, because I had School of PE to tell me what to study, teach it to me, and give me a ton of great practice problems that were actually pretty similar to the test itself.

Is the PE Exam Harder Than the FE?

I remember a family member who took the PE for the first time thinking it was easier than the FE from something he’d heard or read online. That was a big mistake and he regretted it because he failed on his first try. He worked hard on his next attempt though, and finally passed, just like I did!

The PE exam is much harder than the FE exam. I didn’t study for the 5-hour FE exam other than reviewing the equations sheet the night before and I passed on my first try. For the 8-hour long PE exam, I put in hundreds of hours, dollars, and practice problems, and still had to take it twice to pass.

According to NCEES, for those who attend an accredited engineering program and take the FE within 12 months of graduating, pass rates for most types of FE exam are around 75%.

As I mentioned before, the PE exam pass rates are only around 70% in most cases, but are lower for specific versions like the Civil PE tests which have an average pass rate of just 64%.

It’s been a few years since I took the FE, so it may be harder now than it was when I took it. If you’re curious about the difference in difficulty between the FE and PE exam, it’s hard to tell for sure. I’ve just now checked the historical data for the FE exam pass rates using archive.org’s Wayback Machine and it looks like pass rates were previously higher for the FE. So it has gotten harder, but not by a ton.

I can say definitively, though, that taking the PE is far more difficult than the FE exam from my experience. The difference in pass rates between the two tests would agree.

In the end, although the PE exam is incredibly difficult, I’m really glad I took it and got my license. I was surprised at how much I actually learned by taking the test. When it came time to get my own stamp, I felt like I’d actually earned it.

Going over the concepts that I wasn’t getting right really helped me feel confident that I can practice as a licensed professional engineer because I worked so hard for it and I proved to myself that I know what I’m doing!

I hope that all of this doesn’t discourage you too much. Instead, use it to get an idea of the kind of effort you’ll need to put in to pass the PE exam and become licensed yourself!

Looking for some good resources to help you pass the PE Exam? Here are my 3 favorites:

link to School of PE Review: Is It Worth the Cost?

Quick note for those taking the PE Exam in 2021: Right now is the last time to take the PE Exam open book before it goes computer based. Now’s your chance to pass with School of PE’s awesome...

Continue Reading
link to How Much does the PE Exam Cost?

The PE Exam costs $375 in most cases, but that's just the fee to take the exam. You're going to have a lot of other costs if you want to have a shot at actually passing the test. I've done the...